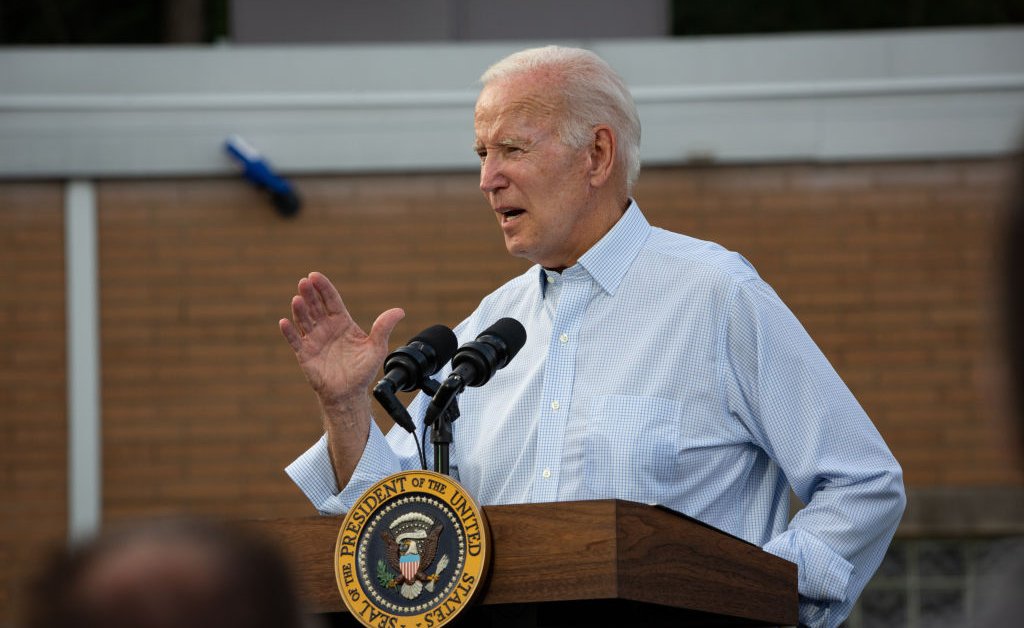 The Biden administration is pressuring unions and freight train operators to agree to a new contract by Friday’s deadline to avoid a strike that could hurt the US economy and undermine Democrats’ midterm electoral prospects. .

President Joe Biden has been briefed on the matter and is closely following the work of cabinet officials and economic advisers, which has included multiple meetings of the National Economic Council, a White House official said Monday.

Underscoring how much is at stake for Biden, the official said the administration has made it clear to negotiators that shutting down the freight rail system is an unacceptable outcome for the economy.

Labor Secretary Marty Walsh on Sunday night again pressed the parties to come to a resolution, the Labor Department said in a statement Monday. Cabinet and administration officials have made dozens of calls to the parties involved, and Walsh is postponing a trip to Ireland to deal with the impasse, a department official said.

Freight railroads and unions worked over the weekend in a bid to craft a new contract to avoid a strike that could disrupt supply chains, disrupt farm deliveries and cost the US economy more than $2 billion per day.

Read more: American companies have always been more anti-union than international companies. this is why

A strike would also carry significant political risk for Biden and his fellow Democrats, whose efforts to maintain their House and Senate majorities in the Nov. 8 election have been buoyed by a string of legislative victories and better economic news. . Supply chain disruptions less than two months before voters go to the polls could hurt Democrats and put Biden, who has pledged to be the most pro union president in history—in a bind.

While 10 of the 12 rail workers unions have reached new labor agreements, the two holdouts, the Brotherhood of Locomotive and Train Engineers and the International Association of Sheet Metal Transport, Rail and Air Workers, represent more than 90,000 railway employees.

The railways have warned customers of possible service interruptions from Monday if talks do not move forward before a possible strike on September 17. Six Class I freight railroads will begin taking steps to “manage and secure” shipments of some dangerous or sensitive products. materials beginning Monday, the Association of American Railroads, a trade group, said in a statement.

A work stoppage could also hamper food shipments and would come at a particularly dangerous time, said Brooke Appleton, vice president of public policy for the National Corn Growers Association.

“Rail is an essential piece of the agricultural supply chain, particularly as we head into harvest season, so any disruption to rail services would have a negative and lasting impact on our growers,” Appleton said by mail. electronic. “Given what is at stake for the farming community and other sectors of the economy, we hope that all parties will come to an agreement.”

The railways and the workers have faced years of challenging negotiations, which began in January 2020, shortly after the labor contract was frozen at 2019 levels. After the National Mediation Board failed to reach an agreement this summer, the Biden administration’s Emergency Presidential Board recommended a 24% compound salary increase for 2024 and $5,000 in bonuses, including some retroactive elements. The AAR said such a pay rise would be the largest in at least 40 years.

Congress would act to prevent a strike that could shut down freight train operations across the country, House Majority Leader Steny Hoyer said Monday.

Read more: Planes, trains and automobiles are reducing emissions. Will the big ships do it too?

“There is a role for Congress if they actually fail to come to an agreement,” Maryland Democrat said on Bloomberg Television’s “Balance of Power” with David Westin. “We can pass legislation if necessary.”

Industry groups, including the US Chamber of Commerce, have urged lawmakers to intervene by extending Friday’s deadline to reach a deal or forcing both sides to agree to a deal.

“A national rail strike would be an economic disaster: It would freeze the flow of goods, empty shelves, close workplaces and raise prices for families and businesses alike,” said House Speaker Suzanne Clark. , it’s a statement.

Congress has the power to delay or completely stop a rail work stoppage. In 1986, legislators extended a no-strike rule for 60 days to continue negotiations with the Maine Central Railroad Union.

And in 1991, Congress ended a national rail strike less than 24 hours after it began through a joint resolution. The house vote was 400-5.

-With the help of kim chipman other Ian Kullgren.

The rape of a 10-year-old Ohio girl who reportedly had traveled to Indiana for an abortion is not the only case of a minor...
Read more

Putin could opt out of G20 summit over security concerns

Putin fears going to the G20 summit in IndonesiaPeskov indicated that security factors will be taken into account when deciding on Putin's participation in...
Read more

Comedians Tiffany Haddish and Aries Spears are being sued after being accused of child sexual abuse. According to a lawsuit filed Tuesday in Los...
Read more